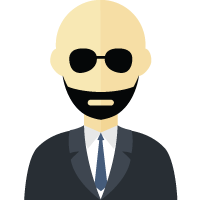 I work as a clerical assistant in a pediatric dental office, and I am commonly surprised by the number of children who are scared of the dentist. Many kids think that cleanings will be painful, and they believe they will be scolded for eating sugary foods. Children are also extremely frightful of the noises made by the water spraying tools and the suction devices. As adults, we know that dental cleanings are easy and free of pain. We need to impart this knowledge to our children so they know not to fear the dentist. I have provided blogs that will help you speak with your child about dental care. Good communication, trips to your own dentist, and online videos can assist you. So will good brushing techniques that will make your child proud to see the dentist. Enjoy my articles so you can help your child build oral care confidence.

Teaching Your Children About the Dentist

By now, you probably know just how important a good oral hygiene regimen is for preserving your teeth. But keeping your mouth healthy--and especially your gums--may help fend off more than just cavities. If you are interested in learning more, read on. This article will introduce three diseases with links to your oral health.

The link between oral health and dementia has long been suspected. Yet scientists have now narrowed the cause down to a species of bacteria called porphyromonas gingivalis. As its name may suggest, this bacteria is a key contributor in the gum disease known as gingivitis.

This species of bacteria has recently been discovered in the brains of individuals with dementia. From this, doctors have established that bacteria present in the mouth can migrate upward into the brain. Once there, they may be a cause of cell death that eventually leads to memory loss.

Another recent study, conducted among a group of 5,500 seniors, has bolstered this hypothesis. This study compared brushing habits and the development of dementia. It established that individuals who brushed, on average, less than once a day were up to 65% more likely to develop dementia than those with daily brushing habits.

The link between gum disease and arthritis is well documented. In fact, according to one study, patients with rheumatoid arthritis were 8 times more likely to develop some form of periodontal disease. Even more surprising is the finding that when people with arthritis received treatment for their gum disease, their arthritic symptoms decreased. The probable link between the two has to do with inflammation--a trait held in common by both diseases.

There are many potential reasons for a premature birth--a fact which makes it difficult to establish a strong correlation with any one factor. But one study has suggested that gum infection may increase the risk of premature birth by up to seven times. This report further postulated that periodontal disease may account for up to 18% of premature births in the United States.

Proper oral hygiene is especially important for pregnant women--even those who do not currently suffer from gum disease. You see, gum disease doesn't just increase the risk of premature birth. The hormonal changes a pregnant woman goes through also increase her risk of developing gum disease.

In case the message still isn't clear, neglecting your teeth and gums can lead to a wide range of serious and debilitating diseases. For this reason, good oral hygiene is more important than ever. Regular brushing, flossing, and cleanings by a dental professional, like Dr. Robert P. Mcgraw, play a vital role in your overall well being.